How did Mark benefit from Coaching? 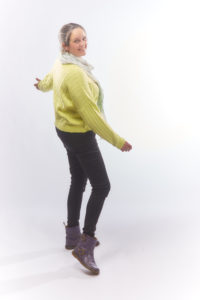 Meet Mark,  a small business owner, read on to learn more about the impact coaching had for him:

Having reached a point in his life where he felt stuck, Mark wanted to identify the barriers so he could find himself again and move forwards with his life.  We all go through periods of feeling a lack in direction. This is normal and natural but frustrating when it happens.  The coaching process helps identify obstacles so action can be taken to create a more purposeful life.

After bumping into me at a local networking event, Mark felt he was at a stage where coaching might help him with how he was feeling.

‘I’d come to a stage where I felt I was going nowhere.  I didn’t have a great deal of direction either in my personal life or business.  I just needed to get my confidence back, I call it my mojo.  I just needed to find that again.’

As with anyone, trust was a huge factor for Mark in working with a coach to share such personal thoughts, feelings and experiences.

‘Trust is a huge part of the relationship with your coach or councillor.  I’d seen Emma a lot at various networking events and knew she’d never let the cat out of the bag, not for one minute.  That for me is invaluable.  If you’re going to expose someone to such personal things on that journey, the last thing you want is for that to be gossip or even the fear of: ‘I shouldn’t have shared that’, is off-putting.’

Initially clients have a sense that something needs to change but not a specific idea of what they need help with.

‘The first session was trying to establish what help I needed. Emma was really good at teasing that out of me.’

The techniques used during coaching depend on the individual and their situation but the overall aim is to explore thoughts and feelings, bringing about positive action.

‘In our sessions, we started to focus on colours.  We realised that orange brings me out of my shell and makes me feel happy.  As a result, I’ve started using an orange scarf on my office door.  Just seeing it uplifts me and reminds me why I’m going to work; that I’m going to work to have fun and put food on the table.  It helps remind me it’s not all bad and I should enjoy this because I associate the colour orange with good things and good times.  When Emma got me to think of the colour orange and I spewed out many positive feelings, it’s become a theme.’

During coaching sessions, clients find the techniques involved very different to anything they’ve experienced before with self-help, talking to others or counselling.

‘I don’t find self-help helpful because you have a fool for a master, whereas with coaching you have someone independent who’s not personally involved.  You might be feeling down and not good about yourself, like you’re at the bottom of the hole.  Emma’s the person standing at the top in daylight, wearing an orange sweater and extending her hand to lift you out.

There’s no embarrassment like when talking to people close to you.  It’s talking to someone who doesn’t make any judgements, who tries to help you and you don’t have to apologise for anything afterwards.’

The aim of coaching is not to just help people take action but to support them in doing it for themselves.

Coaching really helps clients to pin down what they want and what they don’t want.  Many people find saying ‘no’ a difficult part of communicating with others.  Developing a more direct way of interacting is an important part of what I do with clients.

‘I was not good at giving direct answers, especially when talking to people who wanted more than I could give.  I tried to say ‘no’ in 30 words rather than ‘NO’ and hoped people would read between the lines.  Emma helped me to get more direct with people without being rude and other people appreciate that. Her direct questioning put me on the spot making me more comfortable with being more direct in my own conversations.’

The Outcome of Coaching

A common outcome of coaching is a change in mind set leading to positive action being taken. This can happen in a relatively short space of time.

‘I immediately felt an impact, even after even after the free session.  By the end of my initial block Emma helped me find me way again.  I use the phrase ‘kicking arse and taking names’. I was back on my game.

It was enjoyable to compare where I was in January to March.  I went on a ten-day trip to the US and came back with business.  Also, I confronted a former employer who was giving me a hard time legally.  I’d gained the confidence to go out there and be assertive.  To me it was very uplifting. Emma empowered me with myself.

Coaching has certainly lifted me up from where I was.  I had a lot of good ideas but hadn’t got around to implementing them.  With Emma’s help, we talked about my thoughts and she asked: ‘What’s the timeline? When are we going to get this done?’ It’s like having a business partner I don’t pay a salary.

Because of coaching I’m assertive, positive and direct.  It lifted me out of the hole I was in and back into the real world.’

The action taken due to coaching can be subtle changes in behaviour but it’s often life changing and about putting the things in place for happiness and contentment.

‘I knew I was missing something in my life.  I used to race motor cycles as a relief mechanism.  What was good about racing was that all I thought about was getting around the next corner safely.  It was incredibly relaxing, as crazy as it may seem.

Talking with Emma, we established I needed an element of danger and risk.  She helped me replace that.  Now I go gliding in non-powered aeroplanes.

When I’m up in a glider, that’s all I think about.  It just helps me forget all the other stuff for a while.  When I get back down on the ground, that stuff is not a bigger deal as it used to be.’

Many people who have experienced the benefits of coaching would recommend it to others.

‘I usually say there’s someone I talk to, and even if all I’m doing is talking, she’s listening and asking intelligent questions.  Emma teases out of you what the idea or problem might be. Instead of internalising it, you’re verbalising and externalising it.  That often in itself is all you need to do.

If you’d like to find out more about coaching, book yourself a free session.

I’d love to find out more about you and how we can work together to find your mojo!

I am a member of the International Coach Federation, click here to see what that means for you

© 2023 Emma Roache - Helping You Be Happier. All rights reserved.